How the AdvantaClean Franchise Changed a Woman's Life

AdvantaClean is far more than the leading environmental franchise in the $210 billion restoration industry, our franchise is a tight-knit family that is guided by core values. While our brand is a proven business model with high-profit potential, what unites our executive team and our franchisees is the desire to be of service to our communities, to give back and to take care of the people who have made our franchise system great for the past 20 years.

One example of how our values are reflected in the real world is an extraordinary story published by The Indianapolis Star on IndyStar.com, the USA TODAY network publication serving the city of Indianapolis. The article, titled “A chance meeting with ‘Undercover Boss’ changed Indianapolis woman’s life,” tells the story of how Danielle Martin-Edmonds was given a second chance in life by AdvantaClean CEO and Founder Jeff Dudan:

After teetering on the edge of homelessness two years ago, Martin-Edmonds, 42, and her family moved into their house a week ago. The westside ranch is in a neighborhood of modest homes, but it represents a wealth of goodness to the mother of three.

Her path of opportunity started in 2016 with a temporary job cleaning household items damaged in a flooded basement and evolved into an appearance on national television.

On her second day on the job with a cleaning and restoration company called AdvantaClean, Martin-Edmonds found herself “training” a new worker. Her advice to him was to treat everything like it was his grandmother’s stuff.

“That’s how I am,” she said. “My grandma meant the world to me. She always said to treat people the way you want to be treated, so I live by that. I told him that.”

The article goes on to explain that the “new worker” was actually Dudan, disguised in nerd glasses, a hair-metal goatee and a baggy T-shirt. Over the course of working together, Dudan found himself moved by Martin-Edmonds positive attitude, her work ethic and her ability to have a sunny disposition despite the obstacles life had thrown her way.

During the hours that Dudan spent working alongside Martin-Edmonds in spring of 2016, she told him about her dream of owning a home. A dream that didn’t seem realistic as she struggled to raise her three kids (now ages 17, 20 and 24) alone after her ex-husband died in 2011.

“The things that she shared that didn’t make the show would break your heart,” Dudan said by phone last week from his office in North Carolina. “Once you get behind the eight ball and are in survival mode, there are not enough hours in the day to take care of everything when you’re doing it by yourself.”

So Dudan made her an offer. Two offers actually. Come to work for his company full time as a customer care specialist, and save her rent money to put a down payment on a house.

Today, Martin-Edmonds is a homeowner and one of the brightest talents in the AdvantaClean customer call center.

We highly encourage you to read the entire article, which you can do by clicking here.

About AdvantaClean: Founded in 1994 as a contracting business handling cleanup and repairs in South Florida, AdvantaClean, now based in Huntersville, N.C., is the leading national franchised provider of light environmental services in the country. The company was ranked high on Entrepreneur magazine’s prestigious annual “Franchise 500” list for 2018, and the International Franchise Association recognized AdvantaClean as a Top Franchise for Military Veterans. Today, there are more than 200 locations in operation nationwide.

Ready to invest in an AdvantaClean franchise?

For in-depth details about the AdvantaClean franchise opportunity, request a copy of our free franchise report. You also can learn more by reading our story. 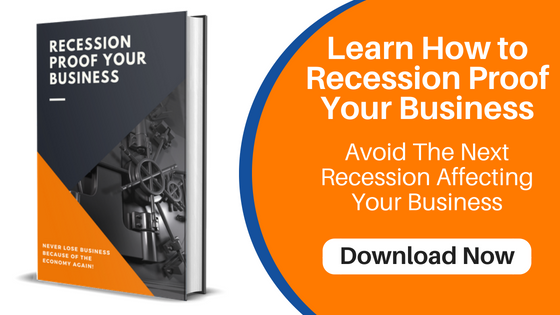 This is not an offering to sell a franchise. Franchise offerings are made through the Franchise Disclosure Document. AdvantaClean® is a registered trademark of AdvantaClean Systems, LLC in the United States and in other countries. All other trademarks, brand names or product names belong to their respective owners.